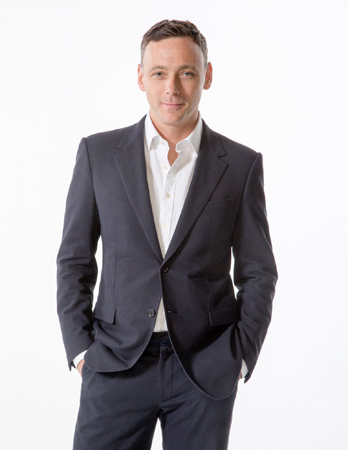 Larry Keigwin is a native New Yorker and choreographer who has danced his way from the Metropolitan Opera to downtown clubs to Broadway and back. He founded KEIGWIN + COMPANY in 2003 and as artistic director has led the company as it has performed at theaters and dance festivals around the world. KEIGWIN + COMPANY has performed at The Kennedy Center, The Joyce Theater, Works & Process at the Guggenheim, and New York City Center. Keigwin has created dozens of dances for his company, as well as for Paul Taylor's American Modern Dance, Royal New Zealand Ballet, the Martha Graham Dance Company, the Juilliard School, Vail International Dance Festival, and many others.

His work in musical theater includes Tales of the City at ACT in San Francisco, the off-Broadway production of Rent, and the Broadway musical If/Then, starring Idina Menzel.