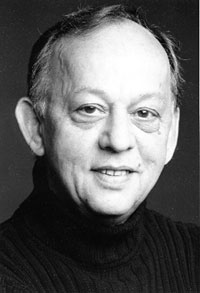 Lawrence's professional career began with the Ballet Russe de Monte Carlo where critics noticed for the first time his talent and possibilities. In 1960 he joined the Joffrey Ballet, became the protégé of Robert Joffrey and was promoted to principal dancer. Four years later he entered the Harkness Ballet, and in 1968 took over directorship while remaining principal dancer until the dismantling of the company in 1970. As guest artist, Lawrence danced with the Het Nationale Ballet in Amsterdam until 1971, then was co-director of the Milwaukee Ballet for the next two years. At the same time he also appeared with the Pennsylvania Ballet (1971-1976) and the Feld Ballet (1973-1975).

Lawrence has performed all over the world with ballerinas as celebrated as Makarova, Hayden and Fracci. Major choreographers: Butler, Joffrey, Ailey, Lubovitch, Harkarvy and Macdonald have created roles for Lawrence. He has danced nearly every important classical role, as well as many contemporary ones, favoring Balanchine, Béjart and Limon. He is a featured dancer in Nina Feinberg's film A Dancer's Vocabulary, he also appeared in PBS's Dance America, CBS's Camera Three and was involved in several television productions in France, Germany and the United States.

Lawrence was also a dancer, ballet master, choreographer, soloist, and teacher for Les Grands Ballets Canadiens starting in 1989 and later became Artistic Director until 1998. Since 1978, however, Lawrence has been teaching at the New York University Tisch School of the Arts dance department. After teaching on the faculty, he accepted the chairmanship of the department and remained the principal ballet teacher.