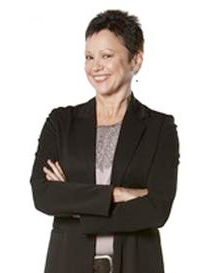 Linda's choreography has been seen around the world, including on television shows such as America's Got Talent, Dancing With The Stars, Project Runway, The Rockefeller Center Tree Lighting, The Annual Daytime Emmy Awards, The Today's Show and the 2007 broadcast of the Radio City Christmas Spectacular.

Ms. Haberman is proud to have choreographed shows for such notable directors as Arthur Laurents and Martin Charnin. She has choreographed Off Broadway and regional productions and staged numerous commercials, benefits and industrial shows.

On Broadway Linda was the assistant choreographer to Bob Fosse on his last show, Big Deal, and was the assistant to Jerome Robbins during the reconstruction and audition phase of Jerome Robbins' Broadway. She also assisted Christopher Chadman on the 1992 hit revival of Guys and Dolls, directed by Jerry Zaks and starring Nathan Lane and Faith Prince.

As a performer, Linda had featured dance roles in original Broadway productions including, Bob Fosse's Dancin', La Cage Aux Folles and Can-Can, as well as the video version of Pippin.

As a young dancer she trained on scholarship with San Francisco Ballet and School of American Ballet, and took part in the apprenticeship program at Harkness Ballet.

Ms. Haberman is currently working as a freelance Choreographer/Director and teaches master classes in her spare time.