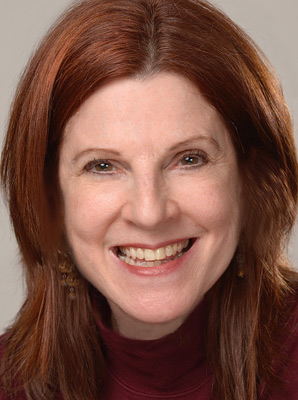 Lisa Biagini is a New Orleans born and raised dancer, teacher and choreographer with decades of experience in theaters across the U.S. She began her career in 1972 with Chita Rivera in Bye Bye Birdie at Pittsburgh CLO. Her credits in other major regional theaters include Take Me Along with Gene Kelly, Fiddler On The Roof with Leonard Nimoy, Seesaw with Tommy Tune and Lucie Arnaz, Sugar with Donald O'Connor, Robert Morse and Ken Berry, and Damn Yankees with Dick Van Dyke. Other favorite credits include Hello, Dolly! as Minnie Fay, The Music Man as Zaneeta Shinn, Fiddler on the Roof as Chava, Gone With The Wind as Suellen, as well as My Fair Lady, Can-Can, Applause, Funny Girl, How To Succeed..., Mame and Kismet.

Lisa's recent NYC performance credits include Marathon '33 at Webster Hall and performances of an original work by Luigi for the NY Jazz Choreography Project in the spring of 2010. Her film and television credits include roles in Summer Rental, Glen Campbell's Southern Nights (CBS), Rumpelstiltskin (PBS). The New York Jazz Choreography Project presented a piece choreographed by Lisa in their October 2015 performance at The Ailey Citigroup Theater. Her choreography was also presented at Symphony Space as part of LUIGI... A Benefit- Tribute Concert in December of 2015. A student of the Luigi Jazz Technique since childhood, Lisa has been a sub/guest teacher at Luigi's Jazz Centre in NYC since 2010. Other teaching: Ripley Grier Studios, Baryshnikov Arts Center, The Bridge For Dance, Alden Moves Dance Theater in Brooklyn NY, Atlanta Dance Centre in Georgia and the Atlantic Center for the Arts in Florida.