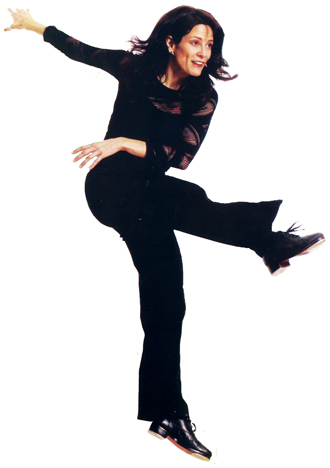 Now living in New York City, Lynn is currently a member of Barbara Duffy's Barbara Duffy and Company, Susan Hebach's The Tap Collective, and Max Pollak's Rhumba Tap. She previously was a member of Feraba - African Rhythm Tap. With these groups, Lynn has had the opportunity to perform at such notable venues as The Duke on 42nd Street (Tap City 2001-2004), Lincoln Center Out-of-Doors, Town Hall, Off Broadway's La MAMA, World Festival 2000, The International Street Performers Festival, at New York's acclaimed Studio 54 Theatre and he Tanzhaus in Dusseldorf, Germany. Most recently Lynn could be seen touring the United States with Tony Waag's Tap City on Tour and on stage at The Joyce Theatre during the 2005 New York City Tap Festival.

Lynn has also had the pleasure of performing at The Sylvia and Danny Kaye Playhouse as a guest artist with Billy Siegenfeld and Jeannie Hill's Jump Rhythm Jazz Project and has choreographed and performed with Tina Baird at Jacob's Pillow. With members of The Tap Collective, she choreographed and performed the Morton Gould Tap Dance Concerto with the Brooklyn Symphony Orchestra and as a soloist she has performed at the Columbus Taps! Festival (2003-2005) and with The Chamber Orchestra Kremlin. She was a frequent guest performer at Barbara Duffy's Tap Dance and Jazz Brunch and joined in regularly at Buster Brown's Sunday Tap Jam at Swing 46.