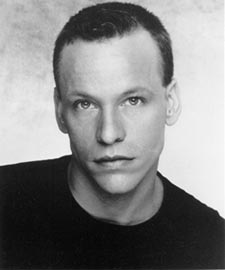 Mark was the artistic director of Mark Dendy Dance and Theater from 1983 to 2000, touring the world and performing in NYC at the Joyce Theater, Lincoln Center, Dance Theater Workshop and Performance Space 122 to considerable acclaim. He is the recipient of many awards and grants including the prestigious Alpert Award in the Arts. In 1997, he won a New York Dance and Performance Award, "The Bessie" for sustained achievement with his troupe. Since 2000, he has been focusing on a career in musical theater. In that year he won an OBIE, The Joseph Calloway Award, and a Drama Desk Nomination for his choreography for Andrew Lippa's The Wild Party and went on to choreograph for the Radio City Music Hall Rockettes under the direction of Graciela Danielle. Mark choreographed the Broadway musical Taboo. In 2004 he choreographed Mozart's The Magic Flute at the Metropolitan Opera under the direction of Julie Taymor and Ritual at The Washington Ballet. Current projects include Boublil and Shonberg's The Pirate Queen, due on Broadway next season and Kirsten Childs' new musical The Miracle Brothers, at the Vineyard Theatre.