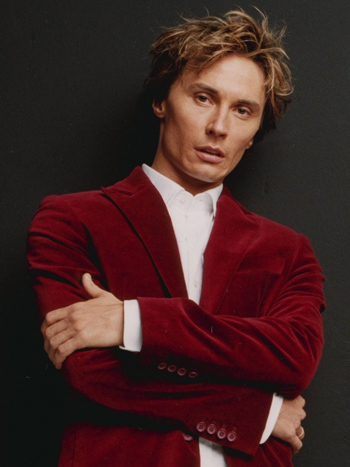 A former principal dancer of American Ballet Theatre, Maxim Beloserkovsky received his dance training at the Kiev Ballet Institute. In 1990 he danced as a leading soloist with the National Opera of Bulgaria where he remained for one year. From 1991 to 1994, he was a principal dancer with the National Opera Ballet of the Ukraine, and toured with them to numerous countries, including France, Germany, Spain, Hungary, Egypt, Japan, Mexico, Canada and the U.S. He performed most of the major roles in the classical repertory: the Prince and Bluebird in The Sleeping Beauty; Prince Siegfried and the Pas de Trois in Swan Lake; Albrecht in Giselle; Ferhad in Legend of Love; and the Pas de Deux from Le Corsaire, Don Quixote and La Sylphide. In 1993, Mr. Beloserkovsky was honored by the President of the Ukraine for outstanding artistic achievement.

Joining American Ballet Theatre in 1994, Mr. Beloserkovsky was made a soloist in 1995 and was appointed principal dancer in 2000, following a brilliant season in which he was repeatedly cited for his superior artistry, "(adding) virtuosity to his pure classical style." (Anna Kisselgoff, The New York Times.) His performance as Basilio in Don Quixote was a triumph: "The last Don Quixote of the season ... had (partner and wife) Irina Dvorovenko and Mr. Beloserkovsky in a stunning display of integrated artistry and technique, a truly flawless and exciting performance." (Kisselgoff, The New York Times.) Ms. Kisselgoff's review of his 1999 Don Quixote hailed his performance as "perfect, and danced in sublime harmony and with breathtaking stylistic unity."

Mr. Beloserkovsky's Siegfried in Ballet Theatre's new Swan Lake also brought critical acclaim: "To see Irina Dvorovenko and Maxim Beloserkovsky step into the leading roles of Swan Lake was to see two outstanding dancers outdo themselves and enhance a 19th century classic with a splendid and mature performance." "It is up to the principals to bring depth to the plot through their dancing. This is what Ms. Dvorovenko and Mr. Beloserkovsky did with unusual technical polish." (The New York Times.) Jennifer Dunning, reviewing Etudes in The New York Times, cited Mr. Beloserkovsky for his "forceful Russian-style attack, mixed here, characteristically, with a winning clarity of line and shape." 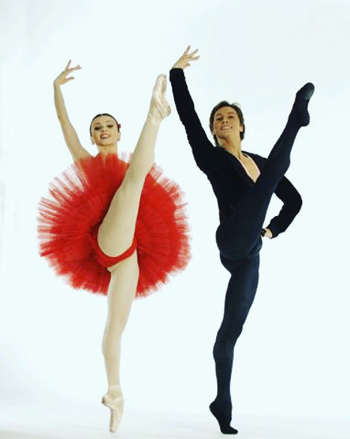 Equally confident in both classical and contemporary works, Mr. Beloserkovsky brings graceful dignity and elegance to his many roles. His repertoire with ABT includes Basilio and Espada in Don Quixote; Prince Desiré and Bluebird in The Sleeping Beauty; Siegfried in Swan Lake; Romeo in Romeo and Juliet; Albrecht in Giselle; Jean de Brienne in Raymonda, Oberon in The Dream; the lead in Theme and Variations; Conrad and Lankendem in Le Corsaire; Camille in The Merry Widow; Colas in La Fille mal Gardée; Lensky in Onegin; Misgir in The Snow Maiden; James in La Sylphide; Franz in Coppelia; the Cavalier in The Nutcracker; Aminta in Sylvia; and the Prince in Cinderella. He has also danced leading roles in The Leaves are Fading, Lilac Garden, Dim Lustre, Bruüch Violin Concerto, Mozartiana, Symphony in C, Symphonic Variations, Les Sylphides, Etudes, Apollo, Pas des Déesses, La Bayadère (Act II), and Variations for Four, as well as Sylvia Pas de Deux, Tchaikovsky Pas de Deux and Paquita. His athleticism and style have also earned him leading roles in important contemporary works: Twyla Tharp's Push Comes to Shove, The Elements and The Brahams-Haydn Variations; Nacho Duato's Without Words and Remanso; Natalie Weir's Hereafter; Mark Morris's Drink to Me Only With Thine Eyes; Jiri Kylian's Sinfonietta; John Neumeier's Spring and Fall; Christian Spuck's Le Grand Pas de Deux; Stanton Welch's Clear; Peter Quanz's Kaleidoscope; Martha Graham's Diversion of Angels; and Jerome Robbins's Afternoon of a Faun.

Mr. Beloserkovsky has appeared as a guest artist with numerous companies, including the Hamburg Ballet, the Finnish Ballet, the Rome Opera Ballet, Verona Ballet, the Universal Ballet, and with Stars of the Bolshoi Ballet, and has been a guest with Asami Maki and at the National Theater in Tokyo. He has also appeared in several videos and television arts programs, including the PBS broadcast of the opening of the New Jersey Performing Arts Center, partnering his wife, ABT principal dancer Irina Dvorovenko, in the Swan Lake Act II Pas de Deux. He has been featured on the cover of Dance Magazine, Japanese Dance Magazine, New York Dance Fax and Pointe as well as in articles in People, Dancing Times, Dance Review, Gotham, Good Housekeeping and Talk.

With his polished technique and confident stage presence, Mr. Beloserkovsky easily met the technical challenge of both the classical and contemporary repertory, making him one of American Ballet Theatre's most versatile dancers.

In the spring of 2012, Maxim retired from the ABT stage and became a faculty member of Ballet Academy East where he employed his extensive knowledge and experience to teach ballet to the next generation. In 2015 he also became a guest teacher for ABT's Studio Company./

Since 2013, Maxim and Irina have been directing their own International Ballet Summer Intensive programs in New York City and Panama City. They also launched a successful line of ballet wear, "Irina&Max" by Bloch, in 2005.

He and Ms. Dvorovenko are the proud parents of daughter Emma Galina, born in 2005.