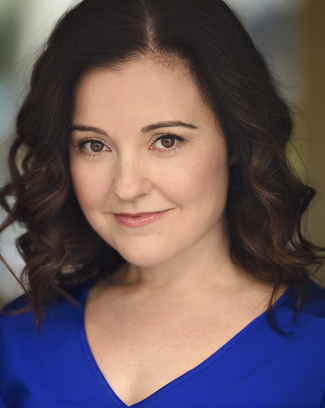 Melissa Schott is a performer and choreographer residing in New York City. She has had tap shoes on her feet since she was four years old and approaches her craft from a musical background.

She is no stranger to the stage, most recently performing Randy Skinner's Broadway Revival Choreography in North Shore Music Theatre's 42 Street (Peggy Sawyer u/s, Ensemble) under Director/Choreographer Kelli Barclay. She has been an invited guest artist at Carnegie Hall's Medal of Excellence Gala, as well as at Miami's Adrienne Arsht Center for the Spring Gala: A Celebration of Women in the Arts (alongside Chita Rivera, Gloria Estefan, Vanessa Williams and Rita Moreno). Melissa was a member of the national company of Cirque du Soleil's Banana Shpeel, choreographed by Jared Grimes and directed by David Shiner. Under the direction of Tony Award Winner, Walter Bobbie, and with choreography from four-time Tony Award Nominee, Randy Skinner, she was thrilled to be part of the national company of Irving Berlin's White Christmas (Judy Haynes u/s, Ensemble).

Melissa has enjoyed touring North America and Canada as a featured vocalist in the Classic FM Pops Concert with Maestro Jack Everly. Favorite regional performances include Peggy in 42 Street, Millie in Thoroughly Modern Millie, and Patsy in Always...Patsy Cline. She is a frequent soloist for MTI's Broadway Jr. recordings, including Ruth in Pirates of Penzance, Witch in Into the Woods, and Violet and Mrs. Gloop in Willy Wonka and the Chocolate Factory. 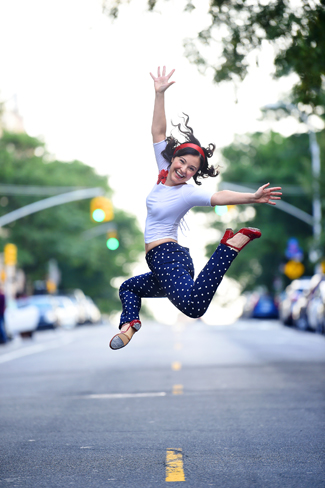 She enjoys her role as choreographer for Music K-8 Magazine (a national subscription for music teachers, which brings movement into the classroom as a supplement to a child's music education) and as an educator in the art of tap dance. As an award-winning choreographer, she offers a fresh approach to artistic quality and advanced musicality. She continues to teach and mentor students and is proud of their accomplishments: regional, national, and scholarship award recognitions, as well as acceptance to tap and musical theatre programs across the country.