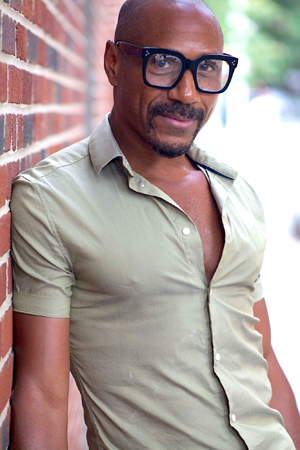 Michael Blake holds an MFA in dance from Purchase College, and a 2010 Bessie Award for Dance and Performance. He began his dance career in the Murray Louis Dance Company where he danced from 1982 - 1984. In 1985, Michael moved to Osaka, Japan to become to manager of Studio Dancin'. In 1986, he joined the Jose Limon Dance Company, dancing principal roles until 1991.

Michael danced with Donald Byrd/The Group from 1991 - 1998. He has also danced with PARADIGM Dance, Joyce Trisler Danscompany, Shapiro and Smith, and Netta Yerushalmy. He has appeared on stage in Vinnette Carroll's, What You Gonna Name That Pretty Little Baby?, choreographed by Talley Beatty at the Supper Club, NYC, a national tour of Joseph and the Amazing Technicolor Dreamcoat, the Public Theater's rock-musical, Lenny and the Heartbreakers, toured with Cab Calloway in Cab Colloway's Cotton Club Review, and danced in the films The Adventures of Cri Cri (Murray Louis/Alwin Nikolais), and Unsettled Dreams (Donald Byrd).

He has taught numerous workshops both nationally and internationally. He was Artistic Director of the Jazz and Contemporary Trainee Program at the Joffrey Ballet School from 2011- 2017. Michael currently teaches open Contemporary dance classes at Steps on Broadway, and Peridance Capezio Center in New York City. He is on the dance faculty at Hunter College, teaching Jazz Dance for The Arnhold Graduate Dance Education Program, and the BA Undergraduate Dance Program.