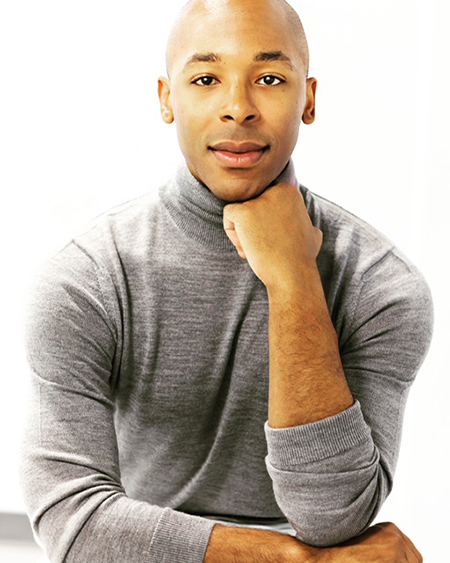 Michael Crawford is from Takoma Park, Maryland. He began dancing with prestigious schools, including the Maryland Youth Ballet and Kirov Academy, with summer intensives at The Rock School and San Francisco Ballet on full scholarships. In his senior year, he was accepted into the Kennedy Center's Master Class Series, where he trained and performed with top international companies.

Mr. Crawford then moved on to the Washington Ballet where, in their top training program, he performed with the company under the direction of Septime Webre. Upon graduation, he went on to study and perform in the Professional Division of The Pacific Northwest Ballet under the direction of Kent Stowell and Francia Russell.

He has been privileged to work alongside top productions, such as Guys and Dolls, West Side Story, Show Boat, and other musical performances at The Kennedy Center, as well as touring many other international stages. He has also worked guestings with The Washington National Opera, Adam Miller Dance Project, Kinetic Dance Works, Brooklyn Ballet, and Ballet Neo.

While signed with New York Model Management, Mr. Crawford had the honor to internationally campaign. He has walked in several seasons of NYC Fashion Week. He also appeared in the feature film Step Up and can be seen on television in ABC's production of Forever.

Michael is also an award-winning teacher and choreographer. He has been teaching and choreographing nationally and internationally for over 10 years. He has coached many prize-winning students for competitions, such as Youth America Grand Prix. Some of his students have gone on to Prestigious college programs, top dance companies, and leading broadway performers. Michael is on faculty at many studios including Broadway Dance Center, STEPS on Broadway, AMDA and PACE university in NYC.