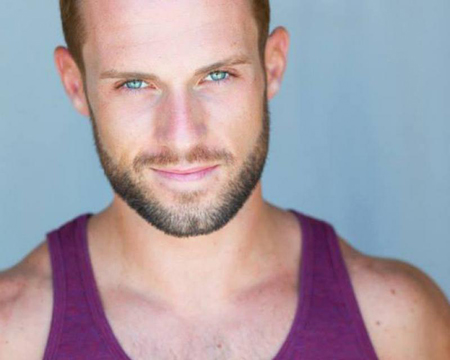 Michael McArthur began his professional dance training in New Jersey at Howell High School's Fine and Performing Arts Center. During his junior year, he was one of the twelve dancers selected for New Jersey's Governors School of the Arts. From there he attended Marymount Manhattan College where he received his BFA in dance with a focus on choreography.

During college, his first professional jobs were at Hershey Park as a swing and for Holland America Cruise Line as a dance captain. After college, he began working with the legendary Radio City Rockettes under the direction of Linda Haberman. For ten years he toured all over the country with the Christmas Spectacular as well as at Radio City Music Hall where he was also a part of Mia Michaels' New York Spectacular.

In between Christmas seasons, Michael has been seen at: Papermill Playhouse in Newsies (swing) and Can-Can (ensemble, Apache), on television in NBC's SMASH, on stage at the Metropolitan Opera (Rusalka, Der Rosenkavalier, Cendrillon, La Fille de Regiment) as well as in regional productions, music videos, benefits, and more. Most recently Michael performed at the Walt Disney World Castle Stage.

While not performing Michael teaches and choreographs all over the country and is fortunate enough to assist as a protege for The Verdon Fosse Legacy in their reconstruction and preservation of Bob Fosse's incredible work.