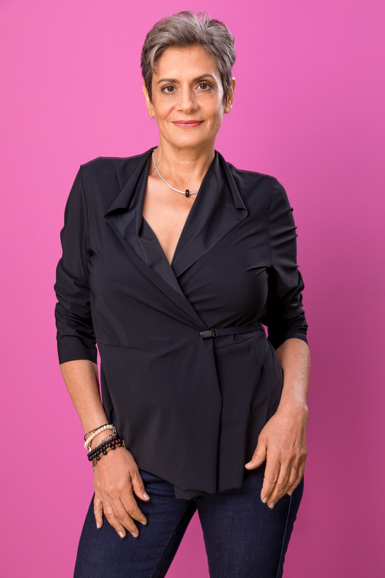 Michèle directed and choreographed The Mariah Carey Charmbracelet World Tour. "...the fact that she has assembled a well-designed and well-paced show that emphasizes the beauty of Mariah's voice is nothing short of remarkable."
~Variety.com

Other recording artists include: Mick Jagger Solo Tour, Michael Bolton, Only a Woman Like You Tour, and Matchbox Twenty. She has directed and choreographed the internationally acclaimed multimedia operas for The Houston Grand Opera; Carmen, Pagliacci and Madame Butterfly, as well as Opera Pacific's Gala, Opera Odyssey 2001, Candide, Samson and Delilah, and Aida. She had the pleasure of Directing and choreographing Houston Grand Opera's 50th Anniversary Gala with such notables as Renee Fleming, Bren Terfel, Patricia Racette and Marcello Giordano.

Other theatrical Projects include: Starmite (Tony Nomination), Bring In The Morning, Scenes From an Execution, Nine Armenians, It's A Bird... It's A Plane... It's Superman, Sweet Charity, Jesus Christ Superstar, Mata Hari, Can Can, Hair, Jeanne La Pucelle, Strides, Topper, The Alchemist, and the 20th anniversary production of Annie at The Goodspeed Opera House with Martin Charnin.

Michèle is the founder of Tezoro Productions LIVE. The company's products, LIVE at Broadway Dance Center DVDs, are dedicated to bringing education to dancers worldwide through instructional DVDs with some of the best teachers the industry has to offer, Tezoro Productions LIVE has become the exclusive dance-training provider for HOPSports. These companies deliver 21st century physical education/dance through the Tezoro dance library where MILLIONS of kids utilize its unique multi-media, technology driven physical education system that merges media with technology! The two companies created over 200 animated dance instructional files and a brand new absolute beginner thru advanced beginners DVD series as well as the current Tezoro library.

She also created World Dance Movement - The International Festival, now on it's 13 year. World Dance Movement builds connections between dance and diverse cultures that inspire and transform dancers around the world. Our focus is to present dancers with an opportunity to receive one-on-one training and attention in a noncompetitive atmosphere. The curriculum challenges dancers of all levels through a comprehensive study-vacation model.