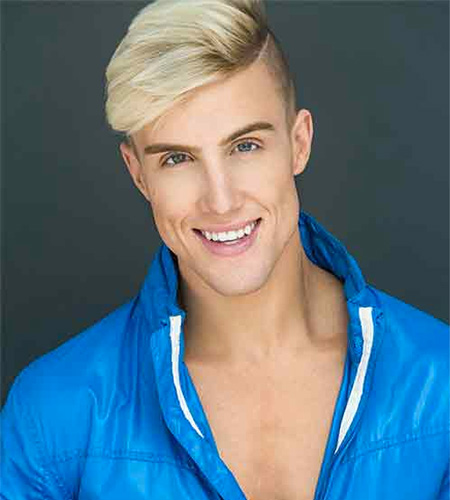 MILES KEENEY is a New York City based professional dancer, choreographer, and teacher. He's represented by MSA talent agency, and has worked commercially in both New York and Los Angeles, as well as internationally. He currently is one of the most recognized young dance artists out of New York City.

Miles graduated from Connecticut College with BA in Dance with a double major in Developmental Psychology. He currently is an adjunct professor at Pace University's Commercial Dance BFA program teaching street jazz to undergraduates. He's had the opportunity to train under the most revered names in the industry on both coasts and has been noted for his power, ferocity, and versatility.

He has developed a large following on the east coast, where he teaches at Broadway Dance Center, Peridance Capezio Center, and Brickhouse NYC, as well as on the west coast where he is a guest faculty member at Edge Performing Arts Center. He has recently taught internationally in China, Singapore, Morocco, New Zealand, Greece, Thailand, Spain, and Canada.

An experienced convention teacher with both NRG Dance Project and Artistic Dance Exchange, his classes are convention highlights and favorites among all who attend.