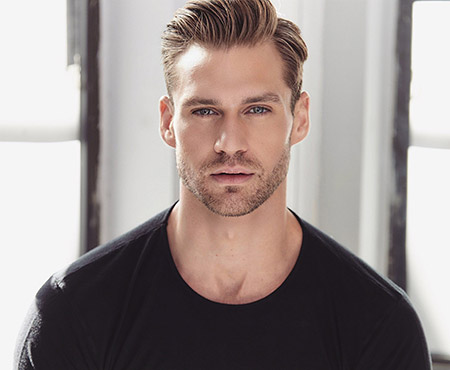 Australian born Nicholas Cunningham is a dancer and choreographer who is deeply passionate about theatrical jazz and acting. His one-of-a-kind, world-class hybrid style defines his multiverse choreography that connects imaginations, ideas and stories through dance. Cunningham approaches each class with an open mind and warm, collaborative energy. He creates space to explore the infinite imagination we have as humans.

His performance debut was at the world-famous Moulin Rouge. West End credits include Broadway's Tony award-winning show Movin' Out, directed and choreographed by Twyla Tharp, Matthew Bourne's Swan Lake and the Olivier award-winning revival of La Cage aux Folles. During his time in London, Cunningham was featured in Nine, directed by Oscar-winner Rob Marshall.

Cunningham debuted on Broadway as the Associate Choreographer, Dance Captain and Hanna from Hamburg in the Tony, Drama Desk award-winning revival of La Cage aux Folles in 2010. Cunningham's Broadway credits include The Phantom of the Opera, directed by Hal Prince and The Terms of My Surrender, directed by Michael Mayer.

Currently, Cunningham is the Head of Dance at The Institute for American Musical Theatre. He oversees the program and acts as a tireless advocate, teacher, and mentor to his aspiring students.

Cunningham hopes to inspire all his students to reach their dreams by refining their craft through purpose, intention and authenticity.