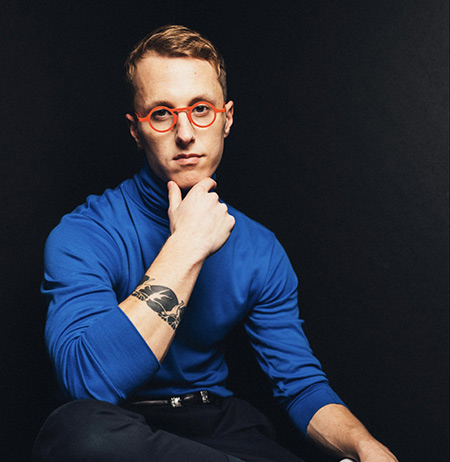 Nicholas Ranauro (he/him) is a Brooklyn based dancer, director, choreographer, and functional movement coach. He received his formal training from Walnut Hill School for the Arts, the Boston Ballet School Trainee Program, and The Juilliard School (Class of 2014) with summers spent at The School at Jacobs Pillow, The Joffrey Ballet School, Perry Mansfield Performing Arts School and Camp, the Boston Ballet Summer Dance Program, and the Debbie Reynolds Dance Studio in Los Angeles.

Performance credits include The Phantom of the Opera (25th Anniversary Tour), Black No More, a new musical (chor. Bill T Jones), Brigadoon (Encores! dir./chor. Christopher Wheeldon), Joseph and the Amazing Technicolor Dreamcoat (dir./chor. Andy Blankenbuehler), Elf the musical, iLuminate, Keigwin & Co., and Seeing You (dir./chor. Ryan Heffington). His choreography has been fostered by Dance Lab New York, DanceBreak, and the 92nd St Y. This fall he's creating a new piece for the students at the Steps on Broadway Conservatory and will be choreographing a staging of the Stephen Schwartz musical 'Children of Eden' in Chicago. He is a certified instructor in both Pilates and Gyrotonic, and teaches dance independently as well as for a number of in-studio workshops. Nicholas is grateful to do what he loves and to share it with others.