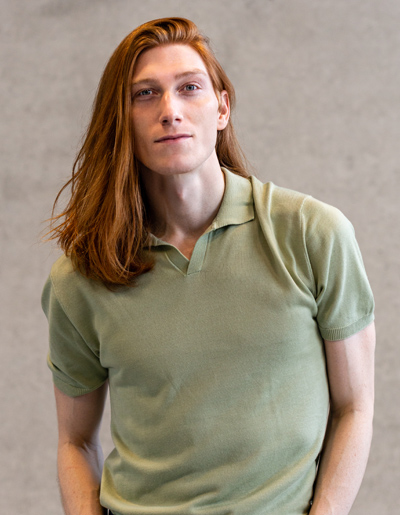 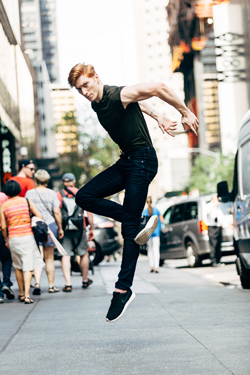 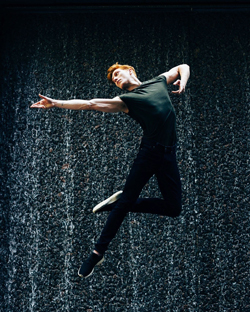 Most recently, Nicholas was seen dancing on the Radio City stage in the New York Spectacular, Starring the Radio City Rockettes, choreographed by Mia Michaels. Upon graduating from Oklahoma City University with a bachelors of performing arts, Magna Cum Laude, Nicholas moved to New York City where he's been working ever since, dancing on some of the most iconic stages New York has to offer! Nicholas has danced with Kevin Bacon on The Tonight Show, Starring Jimmy Fallon and with Anna Kendrick on Saturday Night Live. He was an original member of the newly reborn, American Dance Machine for the 21st Century. Reconstructing original broadway choreography by choreographers/stagers such as; Andy Blankenbuehler, Rob Ashford, Wayne Cilento, Mia Michaels, Donna McKechnie, and more, the company received rave reviews for their holiday engagement at the Joyce Theater. Nicholas was also an original member of Broadway Dance Lab, a company of dancers who provided several distinguished choreographers such as, Andy Blankenbuehler, Marcelo Gomes, Josh Prince, Camille A. Brown and more the opportunity to experiment new choreography and/or concepts on a versatile company of artists. Broadway Dance Lab was a part of the prestigious Works and Process series, hosted by The Guggenheim and also had their unique rehearsal process filmed for PBS. Coming this January, Nicholas can be seen on the Netflix original series, The Get Down, choreographed by Rich & Tone and directed by Baz Lurhmann. Nicholas has performed in gala's, at music festivals, for award shows, and even as The Prince at Lincoln Center in The Little Orchestra Society's version of Cinderella! He is a versatile performer who has packed a variety of stye and venue to his resume in a few short years. Nicholas has been a part of several companies who explored choreography from every possible angle, whether it be reconstructing it and making it viable and fresh for a contemporary audience or creating something from absolutely nothing, acting as a muse and a vessel for the choreographer. Nicholas has had a unique and special relationship with the idea of choreography and how to present information to a dancer. As a burgeoning teacher and choreographer, Nicholas likes to pull from the extensive training and exposure to all styles of dance he has received and build a narrative that speaks to a large audience. He has taught master classes across the country and has a huge passion for finding better and better ways of communicating an idea through the art of dance!