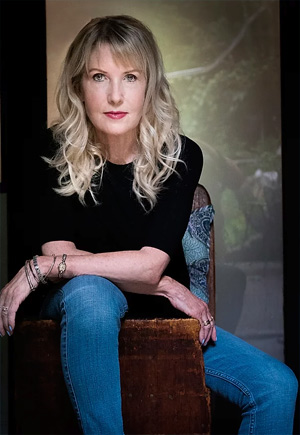 Patricia Wilcox is an award-winning choreographer/director based in New York. She choreographed the Broadway smash hit "Motown the Musical" for which she received the Fred Astaire Award and the NAACP Award for Best Choreography. She also choreographed "A Night with Janis Joplin" on Broadway which garnered multiple awards both in NY and on tour.

Her Off-Broadway/ National credits include the critically acclaimed "Little Shop of Horrors" at City Center starring Jake Gyllenhaal and Ellen Greene, "Children's Letters to God", "Bowfire" which included a PBS Television Special, "Blues in the Night" (NAACP Nomination), "Seussical", and the tours of "Motown the Musical" and "A Night with Janis Joplin".

Her selected regional theatre credits include "A Swell Party" at The Kennedy Center, "The Secret Garden" at Denver Center for the Performing Arts, "The Music Man" (Connecticut Critics Circle Award), and "Bye Bye Birdie" (Connecticut Critics Circle nomination), at Goodspeed Opera House. "Peter and the Starcatcher" and "Mamma Mia" at Pioneer Theatre Company, "Pirates of Penzance" at Missouri Repertory Theatre, "Aida", "Smokey Joe's Cafe", and "Camelot" at North Shore Music Theatre, "The Pajama Game" at Marriott Lincolnshire (JEFF Nomination), "Jesus Christ Superstar", "A Little Night Music" and "Cabaret" at Sacramento Music Circus, "Hair" and "My Fair Lady" (AriZoni Awards) at Arizona Theatre Company, and "Guys and Dolls" at Paper Mill Playhouse. She co-conceived "A Marvelous Party" which has been produced in over 20 theaters and has garnered as many awards.

International credits include "Falco: A Cyber Show" at the Ronacher Theatre in Vienna, "A Magic Night" at the Berns Theatre in Stockholm, "A Funny things Happened on the Way to the Forum" at the Stanislavski-Danchenko Moscow Arts Center, "Blues in the Night" for the Japanese and South American tours, and "Motown the Musical" for the West End and UK Tour.

Ms. Wilcox is on faculty at Steps Studio, is a visiting guest artist to the renowned Jacob's Pillow, and has been a guest lecturer and artist all over the world, from dance companies to studios to universities.

She is a proud member of the Society of Directors and Choreographers Union. Upcoming: Choreographing the new musical "An Officer and a Gentleman" for a 2020 North American tour.