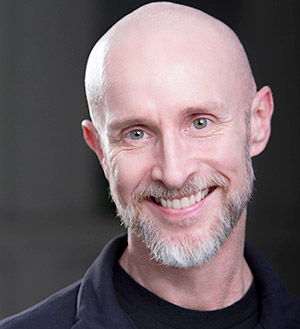 Patrick Corbin was born and raised in Maryland, where he began his dance training at a very young age at the Washington School of Ballet and was an apprentice with the Washington Ballet dancing in works by Choo San Goh. In 1983, he moved to NYC to study at the School of American Ballet and in 1984 joined ABT II. In 1985, he joined the Joffrey Ballet where he was introduced to the choreography of Jiri Kylian, William Forsythe, Mark Morris, Frederick Ashton, Laura Dean, Leonide Massine, Vaslav Nijinsky, Pilobolus, and the great Paul Taylor. He joined the Paul Taylor Dance Company in 1989, and in 15 years became one of the company's most celebrated artists. He is featured in five PBS Great Performances and in the Academy Award nominated documentary Dancemaker. In 2001, Mr. Corbin was the recipient of the NY Performance Award ("Bessie") for Sustained Achievement with The Paul Taylor Dance Company. March 2005 marked his retirement from the Taylor company. He has since danced with Lar Lubovitch Dance Company in "Men's Stories" and he was one of the 43 dancers featured in David Michaelek's film instillation, "Slow Dancing" shown at the Lincoln Center Festival and the Music Center of Los Angeles .

Mr. Corbin founded CorbinDances in September 2005, with its inaugural season in Spring 2006, embracing modern, contemporary, and ballet disciplines. He stages his own works and those of Paul Taylor on companies throughout the world and teaches at the Taylor School.