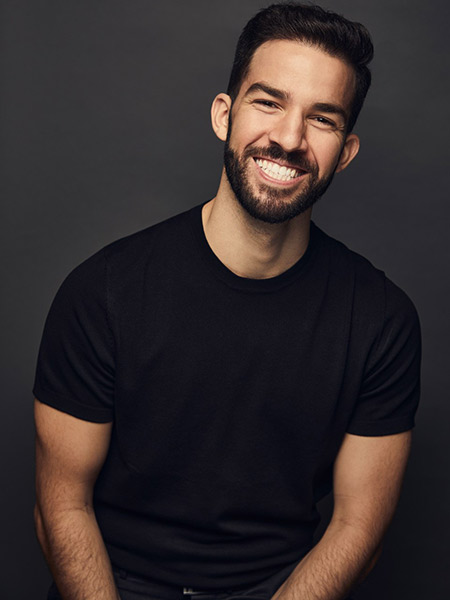 Phil Colgan is a performer, choreographer, and instructor born and raised in NYC. A graduate of NYU's Gallatin School of Individualized Study, Phil won a pre-show on-stage dance contest at the Broadway revival of Grease in 1997 and hasn't shut up about it since.

Phil made his Broadway debut in Hamilton, where he currently serves as a Universal Swing across the show's five North American companies after spending two years as co-dance captain of the show's Philip Tour. Favorite regional credits: Paper Mill Playhouse, including the world premiere of A Bronx Tale: The Musical, Maine State Music Theater, The Fulton, Ogunquit Playhouse, Gateway Playhouse, and Finger Lakes MTF. Other credits: performances with iLuminate: Artist of Light and the opening number of The 2017 Tony Awards at Radio City Music Hall.

As a choreographer, credits include Grease at The Rev (formerly Finger Lakes MTF), Catch Me If You Can at NYU Skirball, music videos for "Ready to Be Loved (Dance Remix)," "Train Ride" (Jack Scott), "Not Forgiving You" (Josh Breckenridge), and associate/assistant work on projects with Al Blackstone & Richard J. Hinds. Phil was named a finalist for The 2017 Capezio Award for Choreographic Excellence, and his work has been seen in showcases such as DanceBreak 2020 and TSQ Project.

Phil continues to share his passion for dance, storytelling, and musicality through teaching for various dance studios, universities, and conventions around the country, and he is currently a theater faculty member at Steps on Broadway in NYC. Visit philcolgan.com and @philcolgan for more!