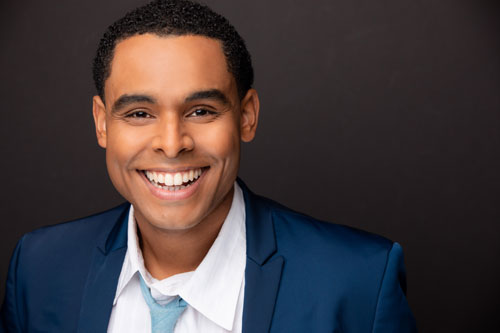 Phillip Attmore has been dancing, singing, and acting since the age of three. Having worked in multiple Broadway shows, film, television and commercials, he has shared the stage and screen with the likes of Hugh Jackman, Patti LaBelle, Gladys Knight, Sir Richard Harris, Leslie Uggams, Ben Vereen, Bette Midler, Savion Glover, Gregory Hines and many more.

Mr. Attmore is a three-time Astaire Award winner, ACCA Award winner, Playbill "Breakout Performance" Award winner and NAACP Theatre Award nominee, and he has been recognized by the sixth season of Fox's "So You Think You Can Dance" as one of America's "Top 20" dancers. In addition, Phillip has appeared as a guest artist on several television and variety shows including "The Ellen DeGeneres Show", "The Today Show", "Maya and Marty" and "The Tony Awards".

Phillip Attmore has traveled all over the world working as a consummate performance artist, actor, singer, dancer, choreographer, poet, writer, director, creative consultant and speaker. He is a proud member of SAG-AFTRA and AEA, and he is a graduate of the Los Angeles County High School for the Arts.