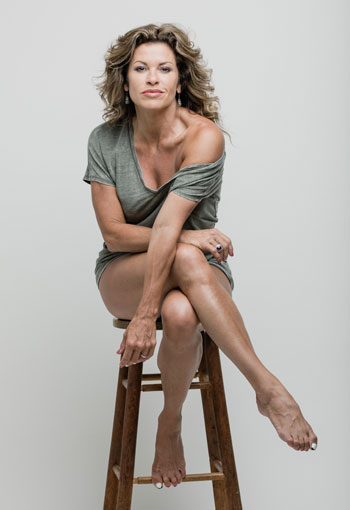 Rachelle Rak is a teacher, mentor, performer, celebrity judge, and a dance motivator. She has been seen on national television as a guest choreographer on Dance Moms and as a celebrity judge on Abby's Ultimate Dance Ccompetition. She has performed on Jay Leno, Rosie O'Donnell, Regis & Kathie Lee, the Macy's Thanksgiving Day Parade, David Letterman, and many more. Before television, Rachelle, who is nicknamed "SAS", has had a Broadway career for over 25 years. She has created original roles in multiple Broadway shows and has worked with some of the greatest directors and choreographers of our time.

Rachelle was trained in dance by her mother Rosalene Kenneth, in Pittsburgh, PA. Coming from a dance studio background, she has always been an educator. While touring and performing on Broadway, she has continued to teach master classes and choreograph for various studios and productions. Rachelle has been a guest artist not only in dance studios, but at colleges and universities in the united states and abroad. She has been a guest choreographer for Broadway Dance Center's youth company and a guest artist at Broadway Dance Center. She is featured in the documentary "Every Little Step," the making of "A Chorus Line." Rachelle was recently seen in "Isn't It Romantic" starring Rebel Wilson.

Broadway Credits: Fosse, Catch Me If You Can, Dirty Rotten Scoundrels, Thou Shalt Not, Oklahoma!, The Look Of Love, Cats

Off Broadway: Sessions, An Evening At The Carlyle

One Woman Shows: Sas With One 'S' at 54 Below and I'm In at Le Poisson Rouge