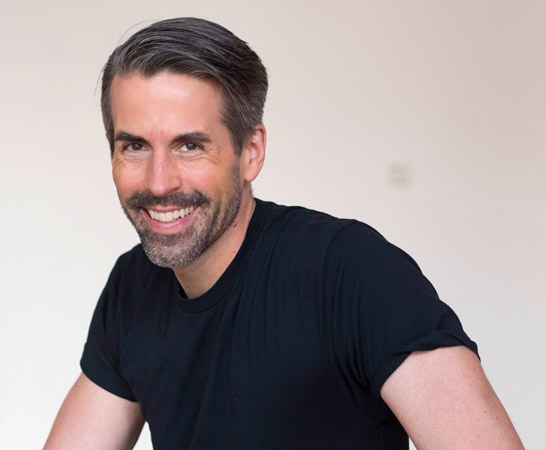 Ray Hesselink is a Director and Choreographer living and working in New York City. Ray has had the privilege to help train the children performing in Broadway's Billy Elliot: The Musical. As a dancer, Ray created the role of Mr. Happy in Derick Grant's Imagine Tap! As a performer, Ray's favorite performances include originating the role of Bud in Batboy: The Musical. Ray has also been featured as a principal dancer in Nayikas, a classical Indian Dance Company. Ray has choreographed for many venues including New York Musical Theater Festival, The Duke Theater, Symphony Space, Yale Drama School and recently as a Contributing Choreographer to Heatwave: The Jack Cole Project and co-writer/choreographer to I Heart Bob at Joyce SoHo which won a rave review from The New York Times. Ray is also on faculty at Juilliard.

Check out www.RayHesselink.com for more information and www.TapDanceU.com for Instructional Tap Videos.

Class Description
Ray's tap class emphasizes technique through warm-up, across the floor, tap turns and a combination. His style is greatly inspired by the MGM films of the 1930-50s, reminiscent of such tap greats as Fred Astaire, Eleanor Powell and Ann Miller. Ray uses intricate rhythms and fun footwork to create challenging, musical and entertaining choreography.