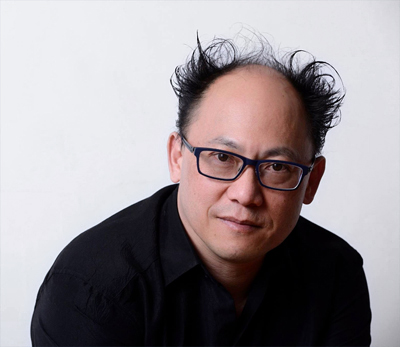 Rick Tjia is a talent scout, choreographer, and competition judge. He has a reputation of leading dance and theatre practice worldwide.

Having joined Cirque du Soleil in July 2002, Rick joined the Casting Department in 2004. Passionate about dance since his childhood, he studied and performed, over the span of his career, tap, classical ballet, jazz, modern, tango, hip-hop, and has also touched on various folk dances. As principal dancer with La La La Human Steps for eight years, Rick has performed in over 25 countries and 100 different cities. He has also worked in the movie industry in Los Angeles, as both a hip-hop/commercial dancer and an actor.

In addition to La La La Human Steps, Rick has performed with companies such as Ballet Austin, Sacramento Ballet, Boston Ballet, Ballet Theatre of Miami, and Dance Alive National Ballet and explored dance through several independent projects of his own. He has worked with numerous choreographers, including Édouard Lock, Twyla Tharp, Tom Pazik and Gus Giordano to name just a few. Today, Rick keeps a close eye on the artistic scene both at home and abroad in search of talent and inspiration.

As well as working as a talent scout and a freelance artist/choreographer/coach/entrepreneur, Rick is also working closely with International Performing Arts & Theatre (I-PATH) through leading dance education in the 21st Century.