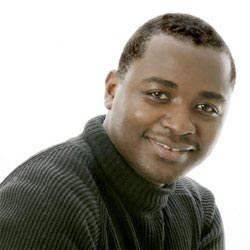 Robert Battle, originally from Miami, Florida, is a graduate of the New World School of the Arts, where he trained with Gerri Houlihan. He earned a BFA from The Juilliard School, under the direction of Benjamin Harkarvy, where he studied choreography with Bessie Schoenberg, Elizabeth Keen and Doris Rudko. While at Juilliard, he received a Princess Grace Dance Scholarship and the Martha Hill Prize. After graduation, Mr. Battle joined the Parsons Dance Company, with whom he danced for seven years.

His choreography has been performed by the Parsons Dance Company in Sydney, Australia, Italy and across the United States. His works have been commissioned by Alvin Ailey American Dance Theater, Ailey II, Hubbard Street 2, Dallas Black Dance Theater, The Juilliard School, Introdans, Paradigm, Ruth Rosenberg Dance Ensemble, Evolving Arts Inc., the Repertory Etudes Project, Perry-Mansfield Performing Arts School and Camp and Point Park College, among others. Mr. Battle has been on the faculty at the New York State Summer School for the Arts, and the American Dance Festival, and has been a Master Teacher at Wesleyan University, Brown University, Skidmore College, COCA in St. Louis and New World School of the Arts.

In 2002, Mr. Battle established his own company, Battleworks, which has performed in Germany, South America, New Orleans, St. Louis and Jacob's Pillow, among many other places. In December of 2004, Mr. Battle’s latest commission for the Alvin Ailey American Dance Theater, Love Stories, premiered at City Center. In the summer of 2005, Battleworks gave its second New York Season at the Dance Theater Workshop, performed at the American Dance Festival, and had a seven week long residency at the Virginia Commonwealth University. In the coming months, Battleworks looks forward to company residencies at New World School for the Arts, SUNY Brockport, Skidmore College, and Marymount University. The company will also have its third New York Season, on a shared season with PARADIGM, at the Joyce Theater in May 2006. For more information, please visit battleworksdance.com.