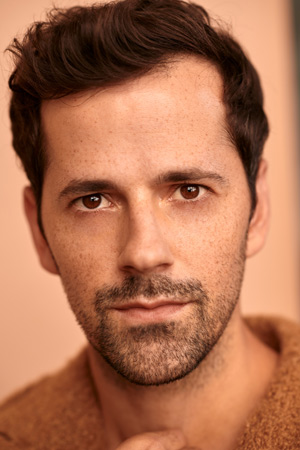 Robert Fairchild began dancing at the age of four in Salt Lake City. He began his training at the School of American Ballet at the age of 15 and shortly after rose through the ranks of the prestigious New York City Ballet. He became an apprentice with NYCB in June 2005. The following June, he joined the Company as a member of the corps de ballet. He was promoted to soloist in May 2007 and was promoted to Principal Dancer in October 2009.

Robert Fairchild made his Broadway debut last year with his breakout role as "Jerry Mulligan" in the Tony Award-winning musical AN AMERICAN IN PARIS. He was nominated for the Tony Award for Best Performance By An Actor in a Leading Role in a Musical, and won the 2015 Drama Desk and Outer Critics Circle Awards for Outstanding Actor in a Musical, the 2015 Astaire Award for Best Male Dancer, and the 2015 Theatre World Award. He was also nominated for the 2015 Drama League Award for Distinguished Performance.

He appears regularly in NYCB's seasons at Lincoln Center. His roles range from Prince Desirè in The Sleeping Beauty to works by world renowned choreographer William Forsythe. Last Fall he participated in "Broadway at the White House" where he danced for the First Lady Michelle Obama.