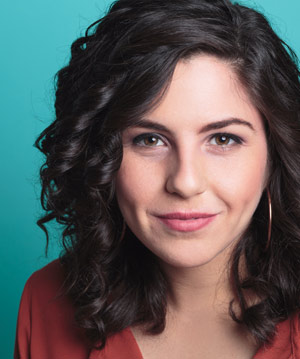 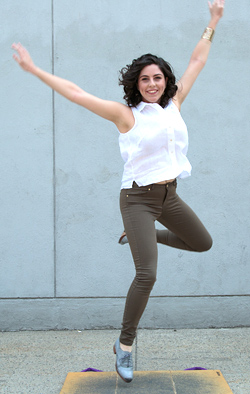 Samara Seligsohn was born and raised in Fort Lauderdale, Florida, where she began studying dance at an early age. In 2009, she moved to New York City where she obtained a BA in Dance from Barnard College. During her studies, she researched tap history and culture and choreographed original works, while also diving deeper into the New York City tap scene. Over the past several years, she has studied closely with such notable artists as Derick Grant, Lynn Schwab, Nicholas Young, and Chloe Arnold. Recently, Samara has performed choreography by Derick Grant in the New York City tap show SpookTAPular. She also served as a rehearsal director and performer in Tap it Out, a site-specific tap piece in Times Square as part of the Tap City NYC Tap Festival under the direction of Lynn Schwab and Tony Waag. Currently, Samara is a member of "Apt. 33," an up-and-coming performance ensemble directed by Chloe Arnold. She is honored to be teaching and sharing her love of tap dancing at Steps on Broadway.