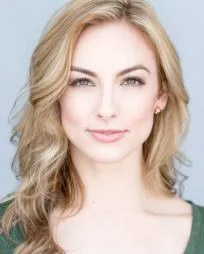 Sarah was born and raised in Orlando, Florida. As a child, Sarah split her time between the dance studio and training as a gymnast. She traveled the East Coast with her competitive dance team for 10 years, winning national titles and awards.

Living in Orlando presented a terrific opportunity for Sarah to get involved in the Entertainment Business. She appeared in a handful of commercials, TV episodes, industrials, and advertisements.

Since then, Sarah has performed on Broadway, Off-Broadway, for the silver screen and in dozens of Regional Productions. She judges Dance Competitions for multiple Corporations, and choreographs production numbers for Broadway Intensives and Dance Teams across the US.