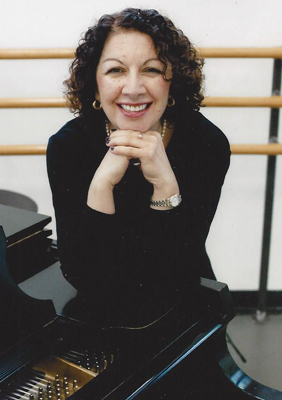 Born in St. Petersburg Russia, Sophie Chandler, at the age of six, started her musical studies. She is a graduate of the Music School and the Music College of St. Petersburg Conservatory, where she studied with Ludmila Vaseilera (a student of the legendary Lev Oborin).

Since her arrival in the United States in 1981, Ms. Chandler has had a successful career working with many companies, such as Joffrey Company II, Alvin Ailey, Maggie Clack, David Howard, New York Conservatory of Dance, Steps on Broadway, Juilliard School of Music, American Grand Prix Competition, and ABT. She has also made many CD recordings of music for ballet classes with Roper Records.

In 1984 Ms. Chandler became a faculty pianist for the School of American Ballet, the official school for NYCB, where she is working at the present time. Ms. Chandler is loved and respected by the colleges and the dancers.