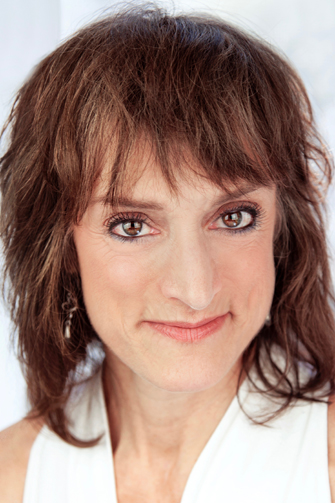 SPENCE FORD trained as a dancer, growing up in Richmond, Virginia. She enjoyed a successful career performing on Broadway in Dancin', King of Hearts, Carmelina, Peter Pan, Copperfield, Merlin, La Cage aux Folles, and Teddy and Alice. She toured the USA in Cats, West Side Story, and Good News. Her favorite performing experiences include playing Cassie in A Chorus Line and going on for Chita Rivera as the Evil Queen in Merlin. After her son was born in 1990, Spence was inspired to pursue teaching and choreography. She helped inaugurate the BFA Music Theatre program at Penn State University where she served as Head of Dance for Musical Theatre for 20 years, teaching ballet, jazz, tap, and musical theatre styles.

Professionally Spence has choreographed Annie, Oklahoma! , West Side Story, Oliver, Showboat, Lucky Stiff, Pump Boys and Dinettes, and Baby. At PSU, she directed and choreographed Sweet Charity, King of Hearts, and Lucky Stiff. The list of shows she choreographed there and at other universities includes Ragtime, Side Show, She Loves Me, Good News, The Fantastiks, Cabaret, Little Shop of Horrors, Children of Eden, You're a Good Man Charlie Brown, Into the Woods, The Threepenny Opera, Falsettoland, Dames At Sea, George M, I Love You, You're Perfect, Now Change, Urinetown, Romance, Romance, The Drowsy Chaperone, and Die Fledermaus. She is especially proud of the work she created for her final production at Penn State - Leonard Bernstein's MASS. Her favorite roles have been Grushinskaya in Grand Hotel, Sarah in Quilters, Mimi Schwinn in A New Brain.

On behalf of Penn State, Spence has taught master classes in Seoul and at 6 universities in Great Britain. In 2008, Spence participated in the 5th International Forum of Jazz Dance in Paris, France, with Matt Mattox and Donald McKayle. In summer 2009, she taught at Jacob's Pillow for the Jazz/Musical Theatre Festival. Her one-woman show Taking Chances debuted in 2006. Taking MORE Chances emerged in 2013. Since returning to NYC in 2014, Spence has performed in Collected Stories, playing the role of Ruth Steiner, taught ballet and jazz for the BFA Musical Theatre program at Molloy College, and choreographed Babes in Arms for CAP21. She moves with deep appreciation for her mentors: Marian Mease Childrey, Bob Fosse, Graciela Daniele, Chita Rivera, and Peter Gennaro. Her proudest production is her son, Ford DeCastro.