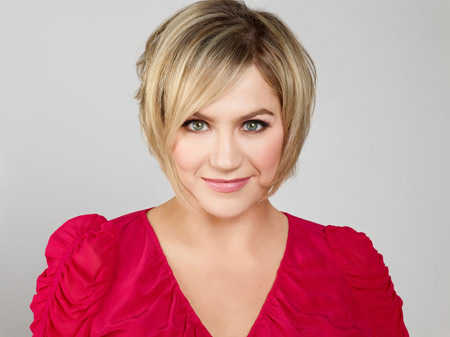 Multi Emmy-nominated choreographer Stacey Tookey is a multifaceted Canadian director, choreographer and dancer who has worked in both concert and commercial platforms throughout her career. She has worked with legendary musical artists such as Celine Dion, Bette Midler, Christina Perri, Justin Timberlake, Michael Bublé, Ingrid Michealson and Paula Abdul.

Stacey has performed as a member of Mia Michaels' contemporary dance company R.A.W., Parsons Dance Project, Ballet British Columbia, Peter Chu's ChuThis, Houston Grand Opera and Celine Dion's record-breaking show A New Day at Caesars Palace. Stacey worked as resident choreographer and guest judge on CTV's hit So You Think You Can Dance- Canada and has choreographed for the U.S. version of the show for the past 10 seasons, where her passionate pieces have earned her three consecutive Emmy nominations.

Other T.V and film choreography credits include Dancing with the Stars, The James Corden show, Shia LeBeouf Live, Dance-Off and Fair Market Value. Music videos include Christina Perris "Jar or Hearts", Ingrid Michealson's "Celebrate" and " All I want for Christmas is you" feat Leslie Odom Jr.

She has choreographed full length ballets for Cincinnati Ballet and Los Angeles Ballet, and taught at prestigious Universities such as Loyola Marymount University, University of Jacksonville, Princeton, Montclair State University and The Juilliard School. Stacey's Dance Company Still Motion celebrated its world premiere of Moments Defined in 2012, and since then has performed for sold out audiences in L.A., NYC, Long Beach, Perry Mansfield, Jacobs Pillow, and DansEncore in Trois- Rivières. Most recently, Stacey has been working on the creative team of a new musical Pump Up The Volume and a feature film I'm not Gay.

Aside from choreographing, directing, and performing, Stacey has always loved to share her passion for dance. She has taught worldwide in Italy, Russia, India, Mexico, Costa Rica, England, Australia and Bermuda, as well as extensively across North America. This passion for inspiring others has led her to found The Protégé Movement, a mentorship program that strives to offer a safe space for the serious dancer to dig deep within, discover the power of the body, and explore and uncover who you are as an artist with the guidance of industry top professionals. The Protégé Movement features, weekend live events, virtual events, a week long retreat Camp Protégé as well as the BRIDGE program for dancers who are bridging the gap between pre professional and professional career. Offering multifaceted classes in dance as well as health and wellness, The Protégé Movement's mission is to foster dancers as a whole, Healthy bodies, informed and creative minds and authentic hearts.