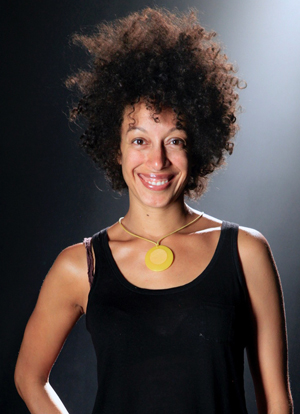 Beginning in New York City, followed by over ten years in Europe before a return to Soho several years ago, Stefanie Batten Bland's career has taken a geographically circuitous path to her present status as a Jerome Robbins Award honoree. Unguarded by abstraction and undeterred by convention, the emotional content of Stefanie Batten Bland's work is directly accessible; its social and philosophical message is visceral. Her work, interdisciplinary dance installations, integrate movement with visual and music arts. They are site-specific and designed to embrace space and community within.

In 2008, while head choreographer of the Paris Opera Comique, in France under direction of Jérôme Savary, Stefanie founded Company SBB so that she might better investigate the human condition and relationships within our natural world. Her pieces, a passionate response to world issues with an optimistic belief in community, radiate with profound humanity, generosity and keen observation of human nature. They have been acknowledged with great acclaim.

While the majority of her creative efforts are committed to creating site specific installations, Batten Bland has created nine films that have been seen in international festivals in Europe, South America, the United States and South Africa. She has also choreographed for Guerlain Perfumes, Van Cleef & Arpels, Louis Vuitton, SYTYCD-Poland and the French Presidential Gala of Cannes in 2012.