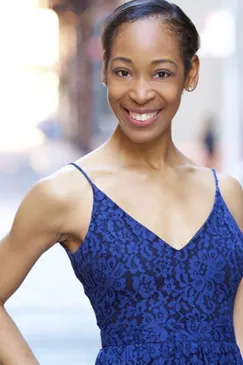 Stephanie Pope is a dancer, singer and actress and a musical theater veteran having appeared in over 10 Broadway shows with a career spanning over 35 years. Broadway and touring credits include the revival of Pippin, for which she received an Astaire Award nomination, an ACCA Award and the beloved Gypsy Robe, Chicago (Velma Kelly), Thoroughly Modern Millie (Muzzy Van Hossmere), Fosse (Leading Player), Smokey Joe's Café (Brenda), A Funny Thing...Forum (Gymnasia), Kiss of the Spider Woman (Stand-by for Ms.Chita Rivera), Jelly's Last Jam (The Hunnies) and The Will Rogers Follies, to name a few.

Stephanie has the distinct honor of having been hand-picked to work with the legendary director/choreographer Bob Fosse, and dancer Gwen Verdon on the revival of Sweet Charity (starring Debbie Allen and Bebe Neuwirth) and Bob Fosse's Big Deal. She holds the distinct and treasured title of being a "Fosse Dancer".