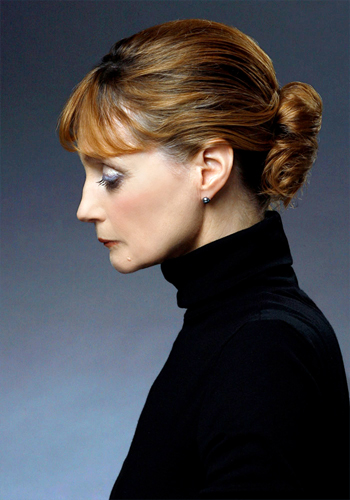 Suzanne Farrell is one of George Balanchine's most celebrated muses and remains a legendary figure in the ballet world. In addition to serving as Artistic Director of her own company, she is also a repetiteur for The George Balanchine Trust, the independent organization founded after the choreographer's death by the heirs to his ballets to oversee their worldwide licensing and production. Since 1988 she has staged Balanchine's works for such companies as the Berlin Opera Ballet, the Vienna State Opera Ballet, the Royal Danish Ballet, the Paris Opera Ballet, the Kirov Ballet, the Bolshoi Ballet, as well as American companies, including those in Boston, Miami, Seattle, Cincinnati, Fort Worth, and New York. She was born in Cincinnati, and she received her early training at the Cincinnati Conservatory of Music.

Ms. Farrell joined Balanchine's New York City Ballet in the fall of 1961 after a year as a Ford Foundation scholarship student at the School of American Ballet. Her unique combination of musical, physical, and dramatic gifts quickly ignited Balanchine's imagination. By the mid 1960s, she was not only Balanchine's most prominent ballerina, she was a symbol of the era, and remains so to this day. She restated and re-scaled such Balanchine masterpieces as Apollo, Concerto Barocco, and Symphony in C. Balanchine went on to invent new ones for her-Diamonds, for example, and Chaconne and Mozartiana, in which the limits of ballerina technique were expanded to a degree not seen before or since. By the time she retired from the stage in 1989, Ms. Farrell had achieved a career that is without precedent or parallel in the history of ballet.

During her 28 years on the stage, she danced a repertory of more than one hundred ballets, nearly a third of which were composed expressly for her by Balanchine and other choreographers, including Jerome Robbins and Maurice Béjart. Her numerous performances with Balanchine's company (more than two thousand), her world tours, and her appearances in television and movies have made her one of the most recognizable and highly esteemed artists of her generation. She is also the recipient of numerous artistic and academic accolades. Since the fall of 2000, Ms. Farrell has been a full-time professor in the dance department at Florida State University in Tallahassee, Florida.

In addition to her work for the Balanchine Trust, she is active in a variety of cultural and philanthropic organizations such as the New York State Council on the Arts, the Arthritis Foundation, the Professional Children's School, and the Princess Grace Foundation. Summit Books published her autobiography, Holding On to the Air in 1990 and Suzanne Farrell - Elusive Muse (directed by Anne Belle and Deborah Dickson) was an Academy Award nominee for Best Documentary Film in 1997.