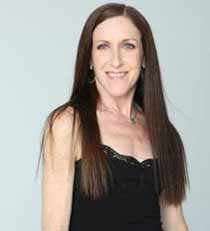 Suzi Taylor grew up in Southern California in her hometown of La Canada Flintridge, where she trained at Le Studio in Pasadena, Duprees and Joe Tremaine's in Hollywood. At 18, Suzi moved to NYC and continued her training at Alvin Ailey, The School of Ballet and Theatre Dance, and with Robert Blankshine and Finis Jung. She is sought after to teach and lecture at universities, schools, and organizations across the U.S., and is proud to have been with NYCDA since its inception.

Suzi has set work on companies in Tel Aviv, Rio, Glasgow, Toronto, Scotland, and Brazil. An internationally recognized master teacher and choreographer, Suzi has been training professionals and aspiring young dancers for the past 26 years. Combining her talents as dancer, teacher, and choreographer, she has been invited to teach, perform, and adjudicate at five national dance festivals in Rio de Janeiro, at the esteemed Theatre An Der Wein School in Vienna, at American Ballet Theater star Julio Bocca's school for Ballet Argentina in Buenos Aires, and in numerous workshops throughout Italy, Japan, France and Canada. Suzi has been on faculty as Steps On Broadway in NYC for the last 26 years and previously worked at Broadway Dance Center, David Howard's and Theatre Dance. She has also taught workshops at University of Arizona, University of Massachusetts, and Point Park College.