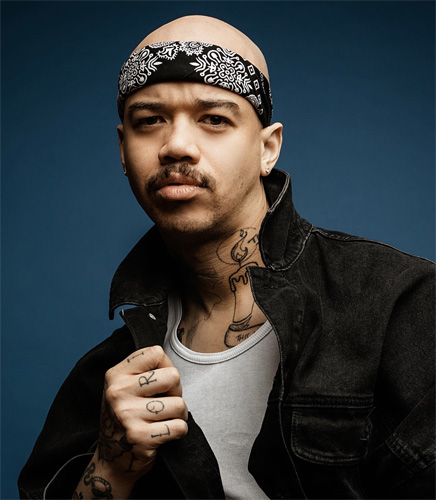 Terk Lewis (Mansfield, OH) began his formal ballet training at the age of 17 with Tony Calucci at The Dance Extension in Columbus, OH. He went on to earn his BFA in Dance from Western Michigan University. While attending WMU he performed in works by Antony Tudor, Frank Chaves and Ron DeJesus, among others. He then joined Eisenhower Dance Detroit where he performed in works by Laurie Eisenhower, Stephanie Pizzo, Eddy Ocampo, and Joel Hall. Soon after, Lewis joined Complexions Contemporary Ballet under artistic directors Dwight Rhoden and Desmond Richardson. While with the company for seven years he had the opportunity to perform works by both directors, as well as Jae Man Joo, William Forsyth and Marcelo Gomes. Lewis became an artist in residence with the company in 2017. Lewis went on to dance in Jesus Christ Superstar Live on NBC and perform in Peter Pan and Rock of Ages at Pittsburgh Civic Light Opera. He also appeared in the dance short film Sc7nario, promo material for the Jesus Christ Superstar National Tour and "Cross Me" by Ed Sheeran. Most recently Lewis danced in the Lin Manuel Miranda movie, In The Heights.

As a choreographer, Lewis assisted Jae Man Joo while creating Circular for Ailey 2 and also assisted Jill Johnson on choreographing the opera Crossing that premiered at the Brooklyn Academy of Music. He has choreographed his own commissioned works for The National Dance Theatre Company of Jamaica, The Steps Conservatory, The Joffrey Ballet School, Black Boys Dance Too (Presented by Bryant Park NYC), and Western Michigan University.