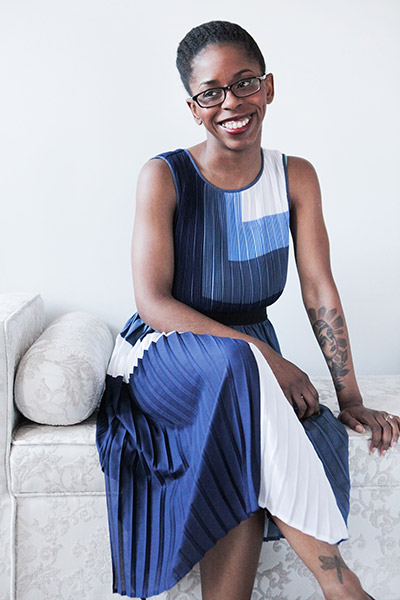 TIFFANY REA-FISHER (Elisa Monte Dance (EMD) Artistic Director). Tiffany is in her fourteenth year with the NYC-based internationally acclaimed dance company Elisa Monte Dance (EMD) and is in her third season as Artistic Director. Tiffany joined EMD in 2004 where she was principal dancer until 2010. She was named Dance Magazine's On the Rise person for their 2007 August issue based on her 2006 performance at the Joyce Theater.

As a choreographer Tiffany has had the pleasure of creating numerous pieces for the company most notably meeting and having her work performed for the Duke and Duchess of Luxembourg. Recently Tiffany's works have been seen on the Joyce stage as well the Apollo, Joe's Pub, Aaron Davis Hall, New York Live Arts in New York City and the National Gallery of Art in D.C.

Tiffany's work extends well beyond the stage creating work for the film, fashion, theater, the music industry and museums. As well as being EMD's Artistic Director Tiffany is also the Co-Founder of Inception to Exhibition and the Dance Curator for the Bryant Park Dance Summer Series.

In 2018 Tiffany added another directorship to her title becoming the Director for the Lake Placid School of Dance in Lake Placid, New York. Tiffany's professional affiliations include being the Vice President of the Stonewall Community Development Corporation, an Advisory Board member of Dance/NYC and a proud member of Women of Color of the Arts. Tiffany has recently completed the National Art Strategies: Chief Executive Program as well as the APAP Leadership Fellows Program.