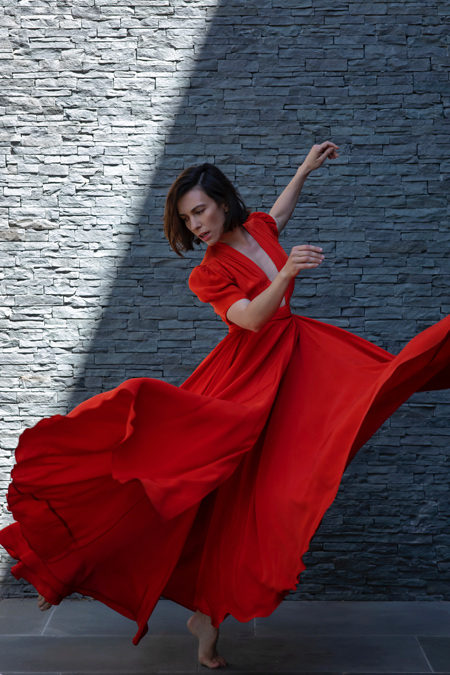 TINA FINKELMAN BERKETT grew up in New York City. Under the tutelage of Michele Cuccaro Cain, she trained and learned to love dance. Tina attended Stuyvesant High School and Barnard College, Columbia University where she graduated summa cum laude with degrees in math and economics. Upon graduation, she joined Aszure Barton & Artists and performed with the company throughout the United States, including at Jacob's Pillow and Spoleto festivals. Tina became Aszure Barton's assistant and taught alongside Barton both in the US and abroad. She had the incredible honor of being a founding member of Mikhail Baryshnikov's Hell's Kitchen Dance, where she also served as the company's dancer liaison.

In 2007, Tina moved to Los Angeles and founded BODYTRAFFIC with Lillian Barbeito. Tina often says BODYTRAFFIC is "the dream come true, that [she] never knew she had." She is so thankful for the past 14 years and feels incredibly in debt to all who have played a part in this incredible journey. In particular, Tina must thank her family and her children Jack and Sofia for being her greatest inspirations and supports.