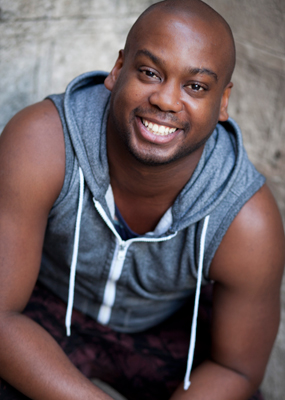 Tommy is a Florida native, where he trained at New Tampa Dance Theatre. Tommy graduated from The Ohio State University with a BFA in dance performance in 2005. While training, he has had the opportunity to work with many world-renowned choreographers and dancers. He has performed with Columbus Dance Theater contemporary ballet company, in the United Kingdom tour of Tap Fusion, as a guest artist with BalletMet, Columbus, Collide, and Parsons Dance. He is also currently dancing with dre.dance, Nicholas Andre Dance, marInspired, and Kristin Sudekis Dance. In addition to company work Tommy has been featured in several movies, musicals and TV shows. Recent highlights are The Big Gay Musical movie, City Center Encores' production of "Where's Charley ?" and "Fiorello" and the premier of Rosie O'Donnell's return to prime time TV on Rosie Show, featured on the OWN network. Most recently he has had the honor of working with Verdon/ Fosse Estate on archiving the legendary work of Bob Fosse and a principal member of American Dance Machine for the 21st Century.

As a teacher he has taught master class all over the world including Brazil, China, and Russia. Teaching students that are mentally and physically handicapped, autistic and blind. In the United states he has been privileged to teach at Peridance, Broadway Dance Center, The Ohio State University, Adelphi University, Manhattenville College, and many dance studios across the nation. While keeping up a diverse performance career he is currently teaching classes in studios in New Jersey and Queens and judging completions all over the nation.