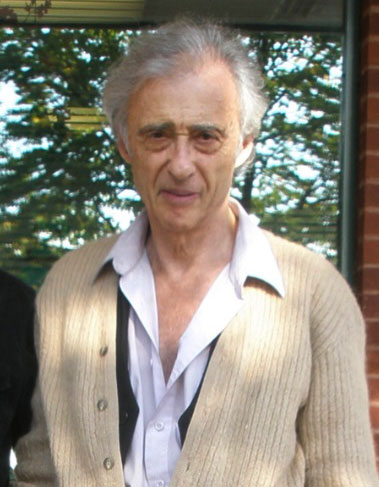 Victorio Korjhan, known simply as Victorio, was a former soloist of The Metropolitan Opera Ballet and a scholarship student at both the Julliard and Martha Graham schools in NYC. He studied flamenco with many teachers including El Farruco and Alberto Lorca in Sevilla and Madrid, Spain; where he also lived for seven years.

He partnered Maria Alba in her company - the Maria Alba Dance Company and performed as a Guest Artist and Company Soloist in Flamenco productions at Avery Fisher Hall, Carnegie Hall and the Kennedy Center. He choreographed Los Tarantos, a full evening ballet for the Maria Benitez Company which was performed at the Brooklyn Academy of Music, and a one-hour special for Dutch Television entitled "What Does a Man Love" which he also wrote. Recently he was a guest artist in the George Wolfe production of Carmen at The Public Theatre in New York City.

As a teacher, Victorio has taught soloists from The Bolshoi Ballet, American Ballet Theater and members of the Broadway cast of Forever Tango. He has given master classes in Spanish dance throughout the states and been a guest teacher for The Dance Educators of America and the Chicago National Association of Dance. In April 2014, he was honored at the Hammerstein Ballroom where four of his past students, who all studied with him at Steps, performed two duets. One, Karina Smirnov, is a performer on "Dancing with the Stars"

FLAMENCO
A class which teaches both traditional flamenco dances and Spanish neo-classical dance. In addition to teaching a formalized structure of heel work, rhythmic patterns and turns; Victorio has created an innovative style of arm movements that allows for dynamic expression by the dancer. "The audience should listen to the sound of the dancer's feet, but be totally transfixed by what he/she is expressing with the arms and hands" says Victorio.