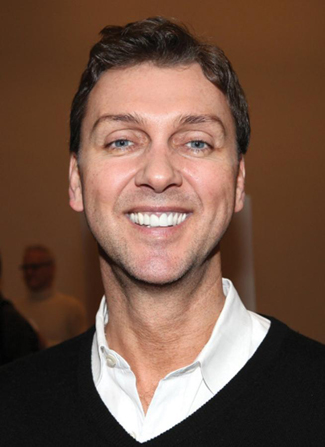 WARREN CARLYLE is a Tony Award winning Director/Choreographer: Most recently choreographed the Tony Award winning revival of Hello, Dolly! starring Bette Midler at The Shubert Theater. Directed and choreographed the Tony nominated Broadway musical After Midnight at the Brooks Atkinson Theater, Chaplin at the Barrymore Theater, Hugh Jackman: Back On Broadway at the Broadhurst Theater, the critically acclaimed, Tony nominated revival of Finian's Rainbow at the St James Theater and A Tale of Two Cities at the Al Hirschfeld Theater; Choreographed She Loves Me (Studio 54), On The 20th Century (American Airlines Theater), The Mystery Of Edwin Drood, (Studio 54), A Christmas Story (Lunt Fontanne) and the Broadway revival of Stephen Sondheim's Follies at the Marriot Marquis Theater. He directed and choreographed the 2015 New York Spring Spectacular starring the Rockettes at Radio City Music Hall, creating the first new production in 30 years. In 2018, he premiered a new ballet for New York City Ballet called Something To Dance About.

His Broadway show After Midnight is currently being performed around the world on Norwegian Cruise Line, along with a brand new commission of the musical HAVANA! a new Cuban inspired original musical.

He is represented on film and television by his choreography and staging of The 68th & 69th Annual Tony Awards Broadcast (CBS); Five seasons of So You Think You Can Dance (FOX); Deception starring Hugh Jackman (20th Century Fox); She Loves Me (Broadway HD / PBS).

Warren received a 2013 Emmy nomination for his work on Carousel (Live at Lincoln Center, PBS); Also choreographed Hope and Faith (ABC); An Evening At The Boston Pops (PBS); and Elton John's music video Made In England.