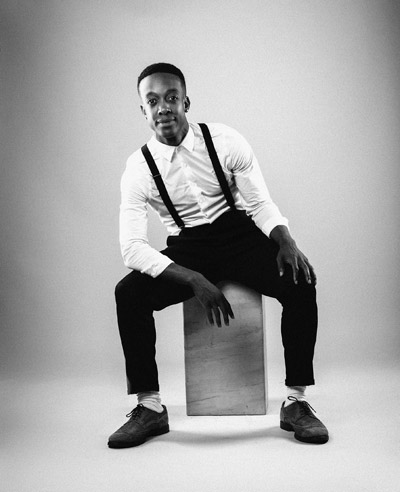 Will B. Bell began his formal training starting with the dance competition circuit in the Baltimore area. After high school, Will attended Towson University as a finalist for the "Maryland Distinguished Scholar for Talent in the Arts" scholarship. Here, Will received his Bachelor of Fine Arts degree in Dance Performance while concentrating in K-12 Education. During his collegiate years, Will had the opportunity to train in prestigious summer programs, such as the Ailey School located in New York and the Lines Ballet School located in San Francisco, CA. During his training at Towson University, he studied heavily and worked under Linda Denise Fisher Harrell (former Ailey principal dancer), Vincent Thomas (VT Dance Director) and Runqiao Du (Former Washington Ballet principal dancer).

Will had the opportunity for a few years, performing and touring with Japanese pop icon, Koichi Domoto, in "Endless Shock," the musical, in Japan. Over the past few years, some of Bell's choreographic contemporary ballet work has gone viral and has been recognized internationally on many major platforms including prestigious magazines such as Elle Magazine, Huffington Post, and Nylon Magazine.

Some of his work has been set at Collegiate institutions such as Towson University, AMDA College, and The Studio School, formerly known as the Relativity School. His contemporary ballet work was featured in Son Of A Bishop's music video "Love Left Me Lonely". In the fall of 2019, he had the pleasure of choreographing "Little Shop of Horrors" at the Pasadena Playhouse in Los Angeles, CA which featured MJ Rodriguez, George Salazar, and Amber Riley. Recently, he choreographed a commercial for Virgo Investment Group.