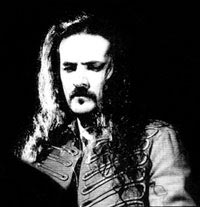 William is the Composer and Conductor of MinM Musicians in Masques and Artistic Director of SOULSKIN Performing Arts Group. He has worked as an accompanist and taught music for dancers at The Juilliard School, Marymount Manhattan College, Limon School, Martha Graham School, and New York University. Currently he is on faculty at The Alvin Ailey School, Sarah Lawrence College and Steps on Broadway and is the Music Director for the Young Dancemakers Company.

He has two recordings as band leader on major labels and three independent editions of his theater and dance works. His new CD "Percussion Works" contains four powerful and extensive pieces composed for renowned choreographer Milton Myers that have been presented in many stages around the world to great acclaim. His style mixes genres from around the world, Latin American, West African and Middle Eastern rhythms create a tapestry of new and exciting forms. It's available at the Steps Boutique.

For more information go to www.minm.us