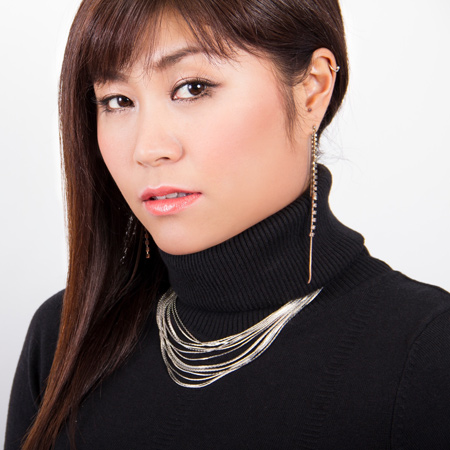 Yuka Kameda is a New York City-based tap dancer and educator. She started tap dancing at the age of 10 in Osaka, Japan.

In 2005, Yuka moved to New York City to pursue her career. Yuka became a member of Mable Lee's Dancing Ladies and has performed in the New York Tap Extravaganza and the New York City Tap Festival. Yuka was also a member of Sophisticated Ladies, choreographed by Dormeshia, and performed weekly at the world-famous Cotton Club for three-and-a-half years.

Yuka has also performed at venues such as the Blue Note, Birdland, and Jazz at Lincoln Center, orchestrated by Wynton Marsalis and choreographed by Jared Grimes. Additionally, Yuka was a member of Tapestry, a professional repertory tap dance company based in Austin, Texas. Yuka has also performed as a solo tap dancer at South by Southwest (SXSW), one of the world's biggest film, interactive media, and music festivals. Yuka is now back in NYC and currently works at Mark Morris Dance Center as a dedicated teacher.

Yuka's highlights include performing for the Colbert Report and Shandelee Music Festival at the Bethel Woods Center for the Arts with an acclaimed Russian cellist, Borislav Strulev.