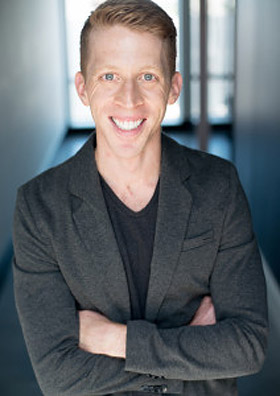 Geoffrey is a NYC-based theater artist, working as a director, choreographer, actor, dancer, singer, writer, and educator in New York City and across the globe. As a performer, he has worked on Broadway with Mary Poppins, and did the first national tours of Mary Poppins, Chitty Chitty Bang Bang, the Asian tour of 42nd Street, and regionally in Forever Plaid (RMA Productions, Canada), On The Town (Staten Island Philharmonic), Grease (Westchester Broadway Playhouse), Yankee Doodle (Ordway Center), and much more.

As a director & choreographer, Geoffrey has worked on Broadway (Associate Kids Director with Mary Poppins), internationally (Assistant Director of the Mexico City Spanish-language production of Mary Poppins), regionally (Mary Poppins, Alluvion Stage, Playhouse on the Square, in festivals (NYMF, Fringe, TADA!), on University productions (At The Chelsea, Footloose, at Cap 21 Conservatory), and on readings throughout NYC. His recent dance film, A Tap Dance on the Pier, was an official selection at the 2014 Dance on Camera Festival and 2015 Greensboro Dance Film Festival.

As an educator, Geoffrey has worked for the last decade for dozens of programs, teaching master classes across the country. Geoffrey currently is a Teaching Artist with Roundabout Theater Education Deparrment and Urban Arts Partnership, working with NYC Public Schools to implement theater arts into their curriculum.

And as a writer, Geoffrey is currently a member of the BMI Lehman Engel Musical Theatre Writing Workshop, and has had his work performed in at the Kennedy Center, the New Amsterdam Theater on Broadway, and at festivals and cabarets.