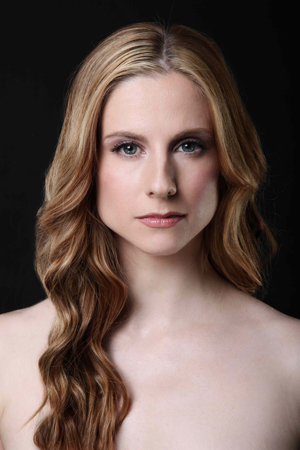 Michele Wiles founded BalletNext in 2011 with the vision to pair classically trained dancers and live musicians in a collaborative setting that encourages risk taking and a focus on process.

Born in Baltimore, Maryland, at age 10 she moved to Washington D.C. to train at the Kirov Academy on full scholarship. She was a Gold Medal winner at the 18th International Ballet Competition in Varna, Bulgaria a Bronze Medal winner in Nagoya, Japan and a finalist at the Paris International Dance Competition. She was a Princess Grace Foundation - U.S.A. Dance Fellowship recipient for 1999-2000 and won the Erik Bruhn Prize in 2002.

In addition to leading BalletNext as artistic director and dancer, Michele is choreographing. Ushuaia, to music by Heinrich Biber, which premiered at New York Live Arts in February 2015 marked her formal choreographic debut. Wiles became a visiting professor at the University of Utah's School of Dance 2018/19 season. She brought 8 of their top students to dance in NYC with BalletNext. She also created a full length Nutcracker this past December for Black Hills Dance Theatre.