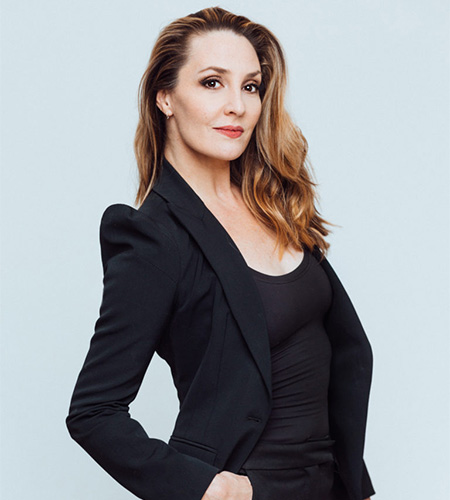 Shannon is internationally known for performing I GOTCHA in the Tony Award winning original cast of Fosse on Broadway and also is featured performing it on the Original Broadway Cast Recording. Her other Broadway credits include: "Ursula" opposite Christina Applegate in Sweet Charity; "Miss Kurmholtz" with Daniel Radcliffe, Darren Criss and Nick Jonas in How to Succeed in Business without Really Trying; "the girl in the yellow dress" in Contact; "Florence Gill" in The Mystery of Edwin Drood, The People in the Picture, Curtains, Look of Love, Candide and Crazy for You. She starred in the Broadway National touring productions of A Chorus Line as "Sheila"; and Pippin as "Fastrada." Shannon also appeared as a world famous "Rockette" at Radio City Music Hall in NYC.

Her many television and film appearances include The Today Show, The Tony Awards, PBS Great Performances, The Kennedy Center Honors, The Macy's Thanksgiving Day Parade, The Late Show, and groundbreaking projects The Sound of Music LIVE on NBC starring Carrie Underwood, and the epic musical opening of the feature film TED 2.

Shannon is the choreographer of the groundbreaking world premiere new musical The Secret Silk by Stephen Schwartz, John Tartaglia and Jim Henson Creature Shop. She also choreographed the award winning new musical film Stuck starring Ashanti, Amy Madigan and Giancarlo Esposito. She choreographed the premiere of a new and critically acclaimed and re-imagined version Beauty and the Beast at the Maltz Jupiter Theatre. She has conceived, directed and choreographed 4 original works that premiered at world renowned Jacob's Pillow Dance Festival, and 2 world premieres for Dance Out Loud in NYC. She was honored to co-direct and choreograph the Opening Ceremonies of the Special Olympics for FOX. Other choreographer and director stage credits include The Prompter at Bay Street Theatre, Mamma Mia at Buck's County Playhouse, Show Time! at York Theatre, Claudio QuestT at Signature Theatre, Joseph and the Amazing Technicolor Dreamcoat for 3D Theatricals.

As an in demand Dance Educator, Shannon is a current faculty member teaching popular classes at Broadway Dance Center and Steps on Broadway in NYC. She is a proud Adjunct Professor at New York City's renowned Pace University Commercial Dance BFA Program, where she brings a unique perspective in both theatre and commercial dance performance. She has been a special Guest Faculty member at The School at Jacob's Pillow for over a decade.

Shannon spent many years learning and performing the original choreography of Bob Fosse, and was personally mentored by Gwen Verdon, Ann Reinking, Nicole Fosse and Chet Walker. She is proud to be a Reconstructeur for the Verdon Fosse Legacy, passing on her vast knowledge of this legendary work. Born in Toronto, Canada and now a dual citizen of the US and Canada, Shannon has lived in in her beloved NYC for almost 3 decades.
For more information please visit www.shannonlewis.net and follow IG @realshanlew