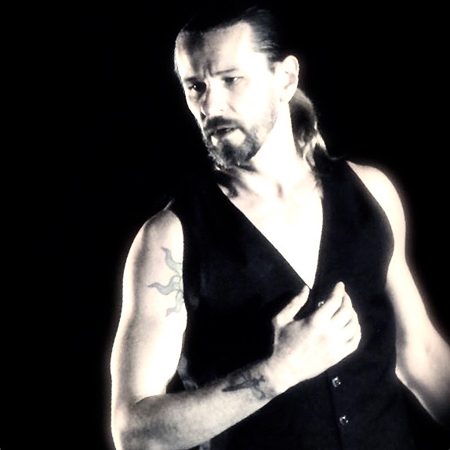 Oliver Steele is Romanian by birth and a citizen of Germany. In 1991, Mr. Steele began his dance education at the Iwanson Dance Center (Munich/Germany) under the direction of Jessica Iwanson. He moved to New York in 1992 to continue his training and joined Extended Dance Company (Val Suarez - Artistic Director) later that year. Since then he has performed with David Storey Dance Works, Scott Rink and Friends and as a soloist for The Kevin Wynn Collection. Mr. Steele has also worked with choreographers: Milton Myers, Andrew Asnes, Michael Foley, Ray Tadio, Charles Wright, Daniel Tinazzi, Richard Pierlon, John Evans, Nadia Tarr, Fabrice Herault, Mina Yo and Jessica Iwanson.

In 1995, Mr. Steele co-founded STEELEDANCE with his wife, Teri Lee Steele. Together they have self produced, co- choreographed, directed and performed several full length concerts in New York City. Mr. Steele's choreography has been commissioned by North Carolina School of the Arts, Joyce Soho presents, In the Company of Men 2004, DNA's Gene Pool and the Tappan Zee Dance Group. Mr. Steele's work has been presented by and performed at DTW's Bessie Schonberg Theater, St. Marks Church with Dancers Responding to Aids "The Remember Project", the French Institute, the Agnes Demille Theater at NCSA, the Patricia Nanon Theatre at The Yard, the Tribeca Performing Arts Center, the Battery Dance Company in their Downtown Dance Festival, the Cunningham Studio, the Evolving Arts Theater at Dance Space, the Master's School in Dobbs Ferry as well as Steps' Faculty Showcase, SWEAT and the Elizabeth Pape Memorial Concert.

STEELEDANCE was invited to perform his work "My Thoughts, My Dreams" at the diving event of the Goodwill Games in New York City in July 1998. In September 2009 Mr. and Mrs. Steele were hired to choreograph the official "Dance Flash Mob" for the opening of the new version of the movie "Fame" which was performed with 100 dancers at South Street Seaport NYC.

Class begins calm. Initially a series of soft repetitive movements allow the dancers to gently warm up as they find the connection to the ground and a sense of how their body responds to the surrounding space and other influences. These motions consider natural physical placement and never compromise the safety of the body.

The "Stretch and Strength Study" is Yoga-inspired and heavily influenced by Steele-Pilates, a Pilates-Program and Certification created by his wife Teri Lee Steele. It promotes and preserves the dancers health in that it achieves balance through actively opposing the overuse of certain muscle groups caused by dance training with it's main focus being core strength. Consequently it develops, restores and maintains correct skeletal alignment and an evenly integrated muscular system - ultimately granting a longer dance career.

Now feeling present, open and strong the following exercises firstly advocate ones center and secondly cultivate the proper use of gravity. Their designs are strongly supported with "Modern and Classical Technique" and synchronously guide dancers in their discovery of "Bilateral, Circular and Multi-Dimensional Off-Center" (to produce the largest range of motion possible) as well as "Moving-Through-Center" (to actualize clear, dynamic and efficient transitions).

Mr. Steele's choreographic phrases range from intense and expressive to athletic or fluid and musical while their composition will always surprise in every aspect imaginable.

The final goal is to achieve and then maintain high quality within each and every movement, grounded crisp technique and a clear mind while inviting the confidence of self implementing one's ability and knowledge into the choreography - "self-teaching".

"When studying with me always remember that there are two teachers in the room. I am teacher number two ... "