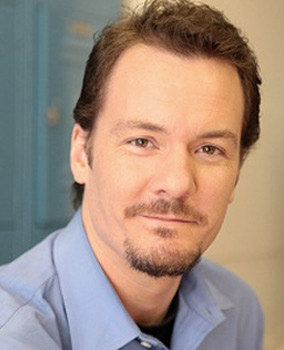 DAVIS ROBERTSON is the Artistic Director of the New York Dance Project, a nonprofit dance company dedicated to developing dancers and audiences in a diverse, challenging yet accessible repertory that includes classical and neoclassical ballet, modern, contemporary, and cutting-edge new work. He is also a repetiteur for The Gerald Arpino Foundation, and the former Artistic Director of the Joffrey Ballet School and Joffrey Concert Group. Robertson also co-founded Russian Ballet International and worked with the Bolshoi Academy in Moscow to create Bolshoi summer programs and recruit students for the Bolshoi.

Robertson, who started as a break dancer, believes in bridging the ballet and contemporary dance worlds. He became a principal with the Joffrey Ballet, where his roles included the Cavalier in Robert Joffrey's The Nutcracker, George Balanchine's Prodigal Son, Petruchio in John Cranko's Taming of the Shrew, Death in Kurt Jooss' The Green Table and David Parson's Caught. His portrayal of the Faun in the Joffrey's reconstruction of Vaslav Nijinsky's L'Aprés-Midi D'un Faune prompted the Chicago Sun-Times dance critic to write, "Robertson gives the finest performance I've seen, including that of Rudolf Nureyev for whom the Joffrey re-created this masterpiece in 1979."

Robertson also danced principal roles for the Metropolitan Opera, Lar Lubovitch, David Parsons, and Twyla Tharp's Movin' Out on Broadway. In addition to his work on stage, he has appeared in major motion pictures and television hits such as Law and Order, Dance Moms, The Company, and Save the Last Dance.

A versatile choreographer, he has created works for The Joffrey Ballet, Mikhail Baryshnikov, Milwaukee Ballet, VSA Arts at the Kennedy Center, and Giordano Dance Company, among many others. He was selected to choreograph the contemporary ballet for the graduating class of the Bolshoi Ballet Academy featuring Joy Womack, and his article on contemporary dance pedagogy was presented and published by the Bolshoi Ballet Academy in the proceedings of the 2012 conference on contemporary dance in Moscow.

Robertson has mentored hundreds of aspiring dance students into the professional dance world, with the support of emerging and established contemporary choreographers such as Karole Armitage, Africa Guzman, Roger C. Jeffrey, Larry Keigwin, Gabrielle Lamb, Brian McSween, and Dwight Rhoden. A sought-after teacher both nationally and internationally, his teaching credits include The Juilliard School, New York Theater Ballet, STEPS on Broadway, SUNY Purchase Conservatory, Joffrey Ballet, Milwaukee Ballet and the Florida Ballet. He is a recipient of the Ruth Page Award for Choreography and in 2012 he was awarded the Mercurio Volante Award for Artistic Excellence by the city of Florence, Italy.