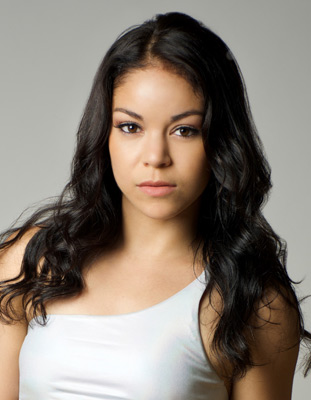 Born and raised in New York City, Melissa began her dance training at the age of 15 at Ballet Hispanico where she trained extensively in ballet, jazz and modern dance on scholarship for over two years. In the summer of 2008, she joined the Young Dance Makers Company, based in NYC, where she was given the opportunity to choreograph and perform in different venues and landmarks around the city.

Wanting to further her training she went on to study at Steps on Broadway and Broadway Dance Center. While exploring different styles of dance she developed a great passion for hip hop and commercial street styles and began working with teacher/choreographer Matt Lopez. Working together has expanded her performance opportunities, creating flash mobs around the city to create awareness for various issues in society, shooting how-to-videos for Howcast.com as well as being part of various NYC showcases including the Steps Faculty Show.

In 2012, Melissa became a company member of the Pointillism Jazz Consort based in Ohio where she performed ballet, jazz and hip hop in a modern version of "A Midsummer Night's Dream." In 2015, Melissa joined NBA's finest dance team, the "Brooklynettes." While being on the team she had the opportunity to model for the team's calendar shoot in Barbados as well as represent the team for the "Watch Me Work Tour" in Colombia, Ecuador, Argentina and Chile. During the tour she had the privilege to teach dance clinics and speak to teenagers along with other panelists to inspire them and share her knowledge of dance.

Melissa enjoys teaching and choreographing hip hop and jazz for teens at Center Stage Dance and Theatre School as well as Beyond Dance based in New Jersey. She has taught at Broadway Dance Centers' Children and Team Program, the American Musical Dramatic Academy and is also a regular substitute dance instructor for the musical theatre department at the New York Film Academy. With her partner, Matt Lopez she continues to co-teach and choreograph for competition teams in New Jersey and NYC as well as abroad in countries such as Colombia and England. This summer they are very excited to be choreographing for the New England Patriots Cheerleaders!